Enter your Zip Code to see if we serve your area: 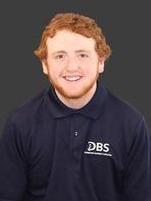 Dominic joined our DBS family as Co-Foreman in April of 2022. His extensive knowledge in automotive repair and his outgoing personality lay a solid foundation for success in his new role in concrete repair.

Dominic is most excited to gain experience in concrete repair as a Co-Foreman here at DBS. He prides himself in bringing a personable and outgoing personality to the team.

In Dominic's free time he enjoys playing hockey, as well as driving and working on cars. If he won a million dollars, he would save his money.

Back to Previous Page Back to Meet The Team